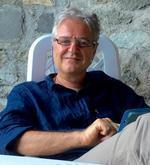 Among his recent works in English: The Economy of Collaboration (with Cecilia Manzo, Routledge, forthcoming2020); The Economy of Collaboration in the Age of Digitalization (in “Sociologies in Dialogue”, forthcoming2019); The «Enterprise of Innovation» in hard times (in “European Planning Studies”, 2017); The Innovation Paradox in Southern Europe (with Davide Donatiello, in “South European Society & Politics”, 2017); Into the Crisis: Fab Labs – a European Story (with Cecilia Manzo, in “The Sociological Review”, 2018); Sociology of Economic Innovation (Routledge, 2016); Preface: Creative Economy and Innovation Studies, (in S. Ruduit Garcia, ed., Economia Criativa: Heranças, Inovações E Perspectivas, Universidade Federal do Rio Grande do Sul Press, 2016); Fab Labs in Italy: Collective Goods in the Sharing Economy (with Cecilia Manzo, in “Stato e Mercato” 2015); Political Economy (in G. Ritzer, ed., The Blackwell Encyclopedia of Sociology, Blackwell, 2015); Surfing between State and Market, for One Hundred Times (in “Stato e Mercato”, 2014);Society, Politics and Territory in Italy: What is Left? (in “South European Society & Politics”, 2010);Negotiating Local Development: The Italian Experience of “Territorial Pacts” (in “Environment and Planning C: Government and Policy”, 2010).

is a Professor of Economic Sociology at the University of Torino (Italy), where is Co-Coordinator of the “Project of Excellence" of the Dept. of Cultures, Politics and Society (CPS), financed by the Italian Ministry of University, and Co-Director of the «Centro “Luigi Bobbio” per la Ricerca Sociale Pubblica e Applicata» (“Luigi Bobbio” Center for Public and Applied Social Research). He co-founded and was the first president of the Italian Society of Economic Sociology.

He has carried out researches on the economy of collaboration, universities and third mission activities, innovation, regional/local development and urban governance. In particular, on the theme of innovation he has been carrying out research on innovative enterprises, national innovation systems in southern Europe, the geography of innovation in high tech industries and the contribution of universities to regional development. He has also written the first handbook, at international level, dedicated to the sociology of economic innovation. The book was firstly published in July 2013 in Italian by Il Mulino, then in English by Routledge in 2016 and finally in Brazilian-Portuguese by Editora UFRGS in 2020.

In addition to innovation topics, he has carried out research on the following topics: the territorial pacts for development; the role of social capital in local development; the renewal of local administrators in Italian cities. He has also studied the relations between civic traditions, political cultures and local development, with particular reference to the southern regions and to the “red regions” of Central Italy.